In this article, we will know about the history of agriculture
In Hindi, it is known as ‘कृषि का इतिहास’
Today we are living in the 21st century, peoples are increasing the fertility of land buy agricultural research and Technology.
But we will go in the past, in the prehistoric period for gaining knowledge about evolution of Agriculture.
This is the time of thousands of year back from 21st century it’s a minimum about 1,05,000 years back
our ancestors were collecting the wild cereals; Newborn farmers began planting them about 11,500 years ago. Pigs, sheep, and cattle were domesticated 10,000 years ago.

Plants were cultivated independently in at least 11 regions of the world.
In the twentieth century, industrial agriculture based largely on agriculture dominated production,
Although around 2 billion people still depend on subsistence farming in the twenty-first century.

The development of agriculture enabled the human population to grow many times larger than hunting and gathering.

Let’s see the Origin of Agriculture.

[1] Agriculture started independently in different parts of the world and included a diverse range of tax in at least 11 different centers.
Wild grains were collected and eaten a minimum of 105,000 years ago.

[2] About 11,500 years ago, eight Neolithic founding crops, emmer and econorn wheat, hulled barley, peas, lentils, bitter vetch, chick peas and flax were cultivated in the Levant.
Rice was produced domestically in China with moong, soy, and azuki beans from 5,700 BCE, between 11,500 and 6,200 BCE.
Sheep were domesticated in Mesopotamia between 13,000 and 11,000 years ago. 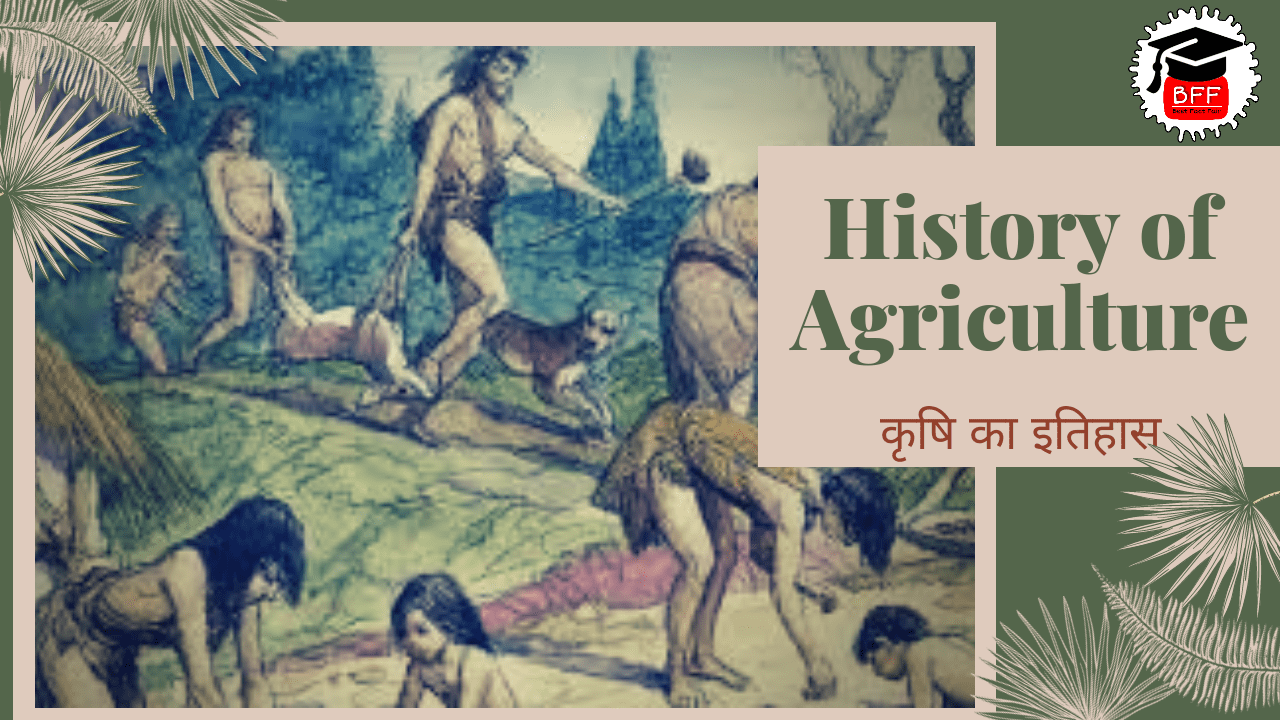 [3] About 10,500 years ago, cattle were domesticated from wild ancestors in areas of modern Turkey and Pakistan.

[4] Pig was produced in Eurasia, including Europe, East Asia, and Southwest Asia.

[5] Where the first domestic production of wild boar was done 10,500 years ago.

[7] Scholars have presented several hypotheses to explain the historical origin of agriculture.
And then, the wild stands that had previously been harvested began to be planted and gradually domesticated.

We have covered only the ‘agriculture History’. Changes from past to present, revolutions and on all related topics will be covered in upcoming Articles.

We have made a video on Introduction to Agriculture (what is agriculture, types of agriculture)